See what people are saying! TESTIMONIALS

Repair or Replace an AC or Heating System?

While there are many variables in any particular home or building, the main decision points regarding repair or replacement of your air conditioning and heating system are not difficult concepts.

One of the most direct points to consider regarding the replacement of your HVAC system is simply its age. Do you have a system that is more than 10 years old? Even if it still runs dependably, you still might be better off with a new one. The physical life of HVAC equipment, similar to personal computers, can often be longer than its economic life. If they have been well maintained, the air conditioning components can last up to about 15 years and the furnace even up to 20, but issues of economic obsolescence apply. Plus, older heat exchangers are more likely to develop cracks or rust holes that could cause carbon monoxide gas to enter your indoor space. In some municipal conservation and incentive programs, we found around the country, 10 years was the age at which systems become eligible for replacement incentives, whether they run well or not.

When weighing the costs and benefits of repairing or replacing older equipment with more efficient HVAC equipment, keep the following points in mind. (1) Fuel costs tend to go up more than down over the long run, and (2) The monthly savings continue after you reach the “break even” or “pay back” period on the new equipment.

Replacing All Or Part of An HVAC system

Research encountered a lot of articles and owner questions on this topic. Due to the fact that the furnace and heating equipment can last up to 50% longer than the major air conditioning components, the decision comes up frequently. We covered some of the questions in our introduction, and here are a few other main points: 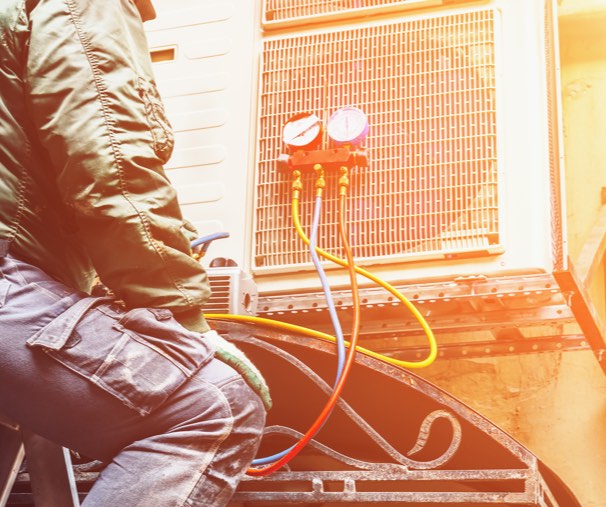 The upshot: although field matching of new and old heating and cooling equipment can sometimes be done by experienced contractors, the downside in less reliability, comfort, and potential rebates makes it not likely worth the modest savings.

When you consider that the new equipment would have a higher efficiency rating and a manufacturer’s warranty, the advantages become even clearer.

Due to rising energy and labor costs plus environment concerns, replacing marginal systems often makes sense. However, there are some scenarios where you might choose to repair an aging air conditioning system. Examples: 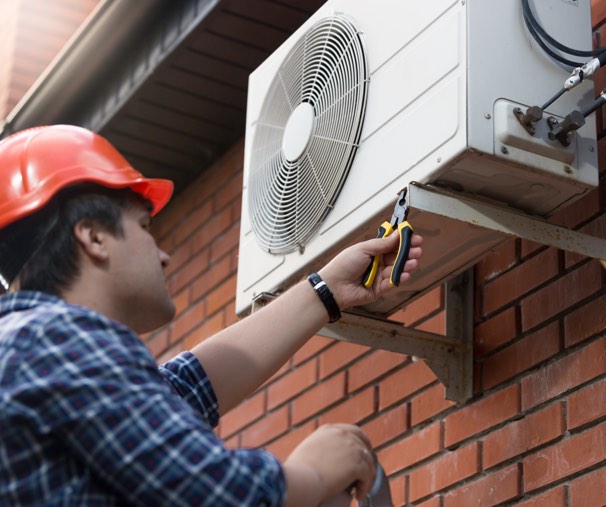 As fuel costs go up, are electricity and gas bills from cooling and heating straining your monthly budget? As energy supplies dwindle and production costs and demand rise, the cost of electricity and gas are bound to go upper unit. For the individual, a predictable path to managing cooling and heating costs is to use fewer units of energy each month.

New air conditioning and heating systems are steadily getting more efficient. Also, when you have new equipment installed, your ductwork, which likely is leaking into your attic, should be sealed or perhaps replaced, depending on its condition and where it was originally routed.

When you combine the efficiency of a new air conditioning and heating system (using up to 50 percent less electricity or fuel) with the replacement or sealing of leaky ductwork (saving up to 27% percent, depending on the condition), you can save a substantial percent on the monthly electricity and gas costs of cooling and heating your home or business.

Money spent on repairs of an aging HVAC system could instead be going toward a new, more efficient unit. Get a total on your repair bills for the past 2 or so years. What % of the cost of a new system have you spent already? Did you replace any major components, such as the compressor, evaporator or condenser coils, or the heat exchanger? Do you believe upcoming repair costs will go up, stay the same, or go down in the near future? At the rate you are likely to spend, how many years would it take to pay for an entirely new system with its additional benefits?

Rebates, tax incentives, and low or no interest loans

To take advantage of rebates, tax credits, and special financing offers from manufacturers or your local HVAC contractor, you will likely need to purchase new air conditioning and heating equipment. Financial incentives are generally not offered on equipment repair.

The payback period for new air conditioning and heating equipment

Since variables such as the costs of electricity and fuel (thus the value of related potential savings on a new system) and the costly repairs you would have to do (if you repair and keep your old system) must be included, payback periods will always be an estimate.

When comparing the costs of repair to replacement you will likely want to compare the payback for new equipment at several levels of efficiency, such as 13,15,17 SEER on the A/C side and an equivalent efficiency range for heating. The factors that go into the worksheet HVAC contractors use to calculate these estimates are numerous and fairly complicated. Since you don’t need this estimate often, it is not likely something you would likely want to spend a lot of time researching. The best way to get this an estimate of the payback period is from a local air conditioning and heating contractor. Since they would need to see your home or building to give a price quote on a new system, they can plug in all the payback period numbers for you at that time.

Here’s an essential point to remember: The monthly savings on utilities and fewer repairs and the extra comfort go on after you reach the pay period on a new system. Alike investments in the financial world, when you replace an aging air conditioning and heating system, there is a return of investment (payback period) and a return on your investment in the months and years afterward.

Other benefits of new HVAC equipment

Do you have unplanned hot spots in your home in the summer and cold ones during the winter months? Does your “monster” oversized A/C turn on and off quickly, but leave the air in your rooms feeling damp? Your new system will deliver more comfort to your home or business. Why? An HVAC system with too much capacity cycles on and off too quickly, which doesn’t allow time to adequately “condition” the air. This causes an overly humid, clammy indoor environment instead of a comfortable cool. Also, if your system was undersized (or has leaking ducts) it will often not heat or cool adequately overall or perhaps in certain areas.

New equipment would be more reliable

Equipment breakdowns tend to occur during the time of heaviest usage—on the hottest or coldest days when you need air conditioning or heating the most. It is better to plan ahead in an orderly way than to have to compete with a multitude of other cold or hot local folks when they are competing for service from your HVAC contractor.

New equipment runs quieter
Both the outside components and indoor air handlers have gotten quieter in the past few years. With quieter new equipment, you can enjoy the inside areas nearest your air handler and your deck, back, or side yard more.

Easier on our environment

If the payback period from a financial point of view will take longer than you expected, consider this: diverting your monthly spending from higher energy and repair costs to new equipment helps save fossil fuels and slow CO2 emissions. Though difficult to place a specific dollar amount upon, it makes sense to consider this benefit.

Our repairs are 100% guaranteed to work right and are backed by our twelve-month extended service warranty. Superstition Cooling gives you the peace of mind in knowing you can depend on us to do it right. We are fully licensed, bonded and insured in Arizona for air conditioning repair, sales, air conditioner replacement, and ac maintenance for all brands of heating and cooling equipment. 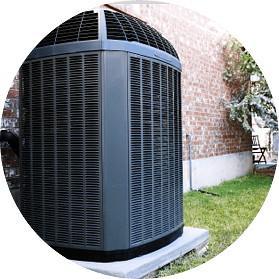 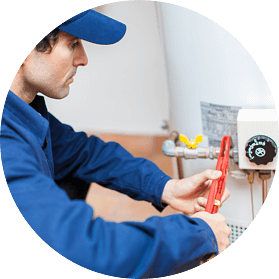 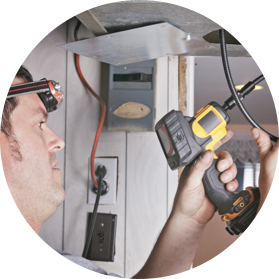